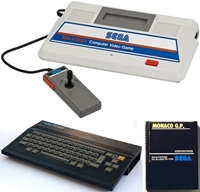 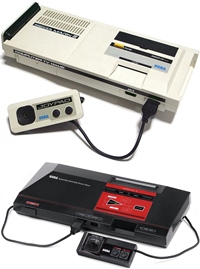 Sega gaming originally started making coin operated amusement machines under the name of Standard Games, A merger with Rosen Enterprises in the 1960s formed the company Sega Enterprises, whom went on to create some of the worlds first in console gaming history.

October 1985 Sega released the Sega Mark III in Japan which struggled against its competitors at the time, In September of 1986 Sega renamed 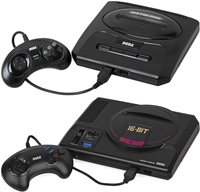 their console as the Sega Master System and released it in Northern America with the rest of the world to soon follow, the console was backwards compatible (with the Sg-1000's 75 games) and sold over 14 million units with popular games like Alex Kidd in Miracle World, Fantasy Zone, Lemmings, Ninja Gaiden, Phantasy Star, Populous, R-Type, Sonic the Hedgehog, Wonder Boy in Monster Land and Ys: The Vanished Omens also selling many copies.

In October 1988 the Sega Genesis was released in Japan and in 1989 as the Sega Mega Drive in North America with Australia, Europe, Brazil an 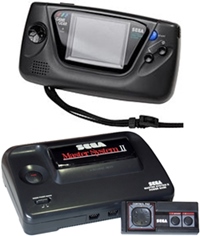 South Korea to follow in 1990, the 16-Bit generation machine was the most successful Sega console with over 40 million units shipped world wide, and Sonic the Hedgehog selling as its most popular game with over 15 million units shipped, later on they also released the Sega Master System 2 to help sell the more Master System games even though the newer consoles were already released.

October 1990 Sega release the Sega Game Gear in Japan to compete with other hand held systems, later in 1991 in Europe and North 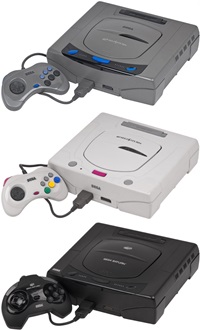 America, and then in 1992 for Australia, even though the Game Gear sold over 11 million units, it was no match for its competitors.

In October 1995 Sega released the Sega Genesis Nomad (Sega Nomad) which failed to compete against its competitors with a very limited 1 million units sold over its time.

The Sega console era ended in 2001 with the sell off of all remaining consoles at discounted prices, Sega has since been rebranded into a software development and games distribution company, Its latest name is Sega Holdings and continues to reproduce and distribute new games world wide.