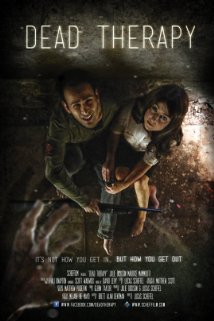 Dead Therapy is a short film that draws us into a dramatic apocalyptic world that slowly builds up to Paul and Amanda's decision to either fight for life or stay hiding during a toxic event that could be exactly as horrifyingly as they think they remember or worse during their time stuck in an abandoned basement.

Reece Manning drives the story towards is climatic ending while Julie Dickson's performance is full of perfection and dramatic pause that draws us into an amazingly, beautiful and dramatically acted past history, at the same time as building towards the traumatic future they may have to live with in this gorgeously edited, acted, lighted and directed short film.